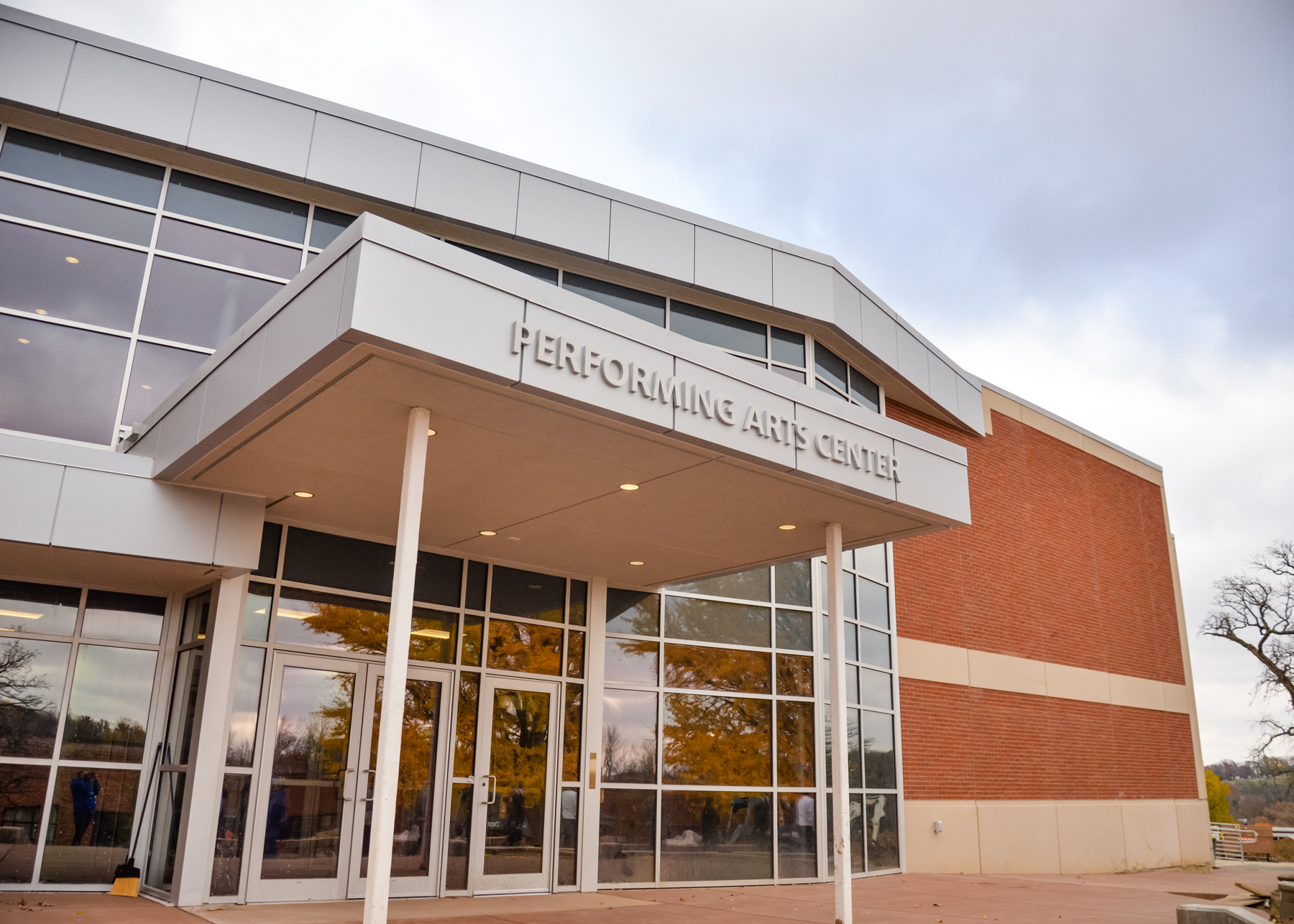 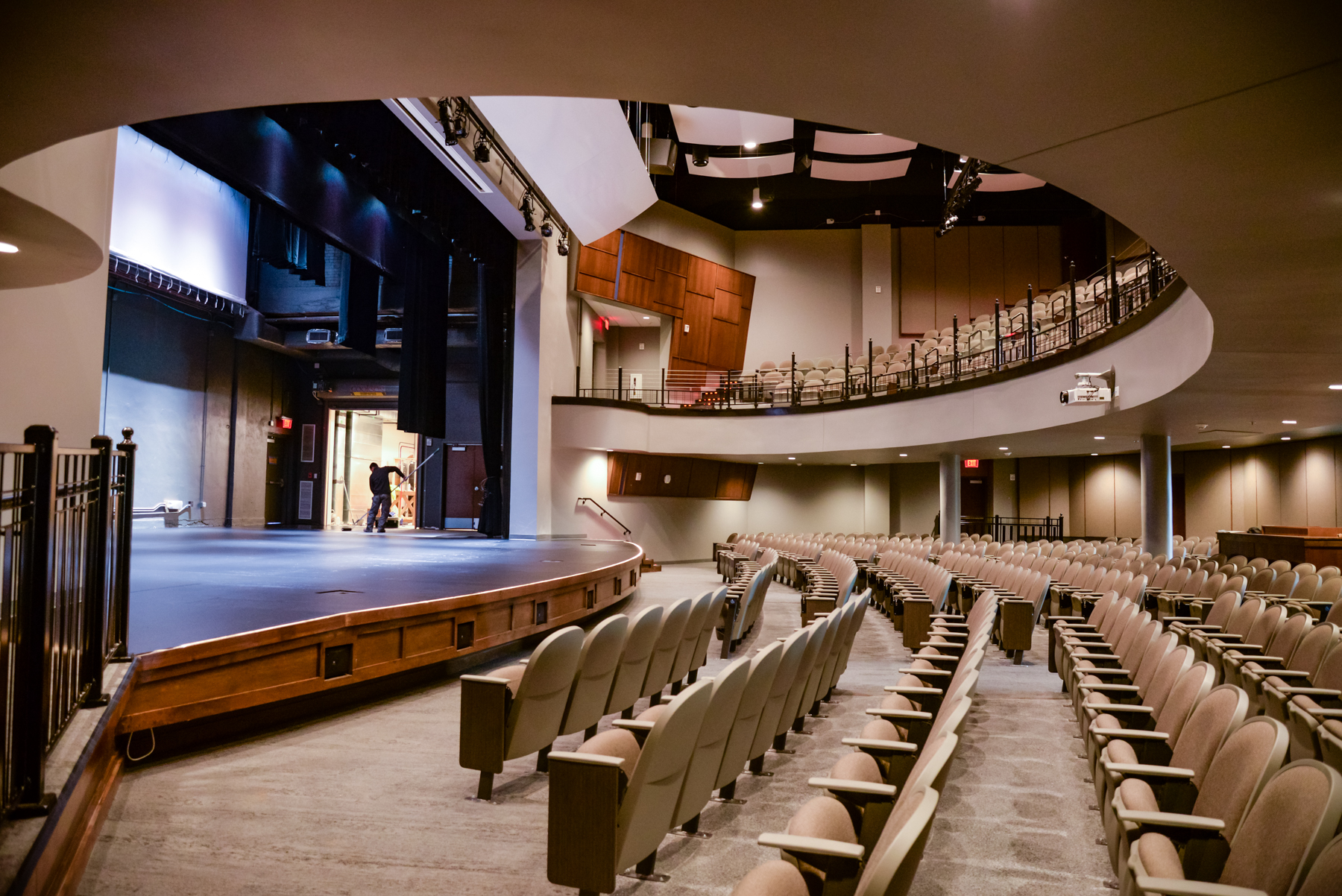 Newly remodeled in 2018, the PAC was originally built in 1921 and the theatre retains the sweeping curves of the time period. A new addition included a new main and second floor lobby, costume and props workshops, dressing rooms, a green room, new bathrooms and an extended stage.

Susan Knight's Spiral of Water was designed to personalize Peru State College's community involvement in good times and in flood times as it captures the essences of water action in the Missouri River. The piece is located in the Performing Arts Center's western stairwell and is visible from the campus' historic quad.