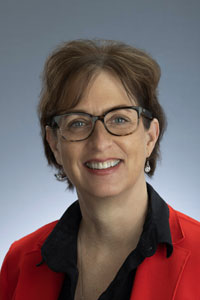 Lincoln, Nebraska - Lori (Vrtiska ‘84) Seibel has joined the Peru State College Foundation Board of Directors to usher in 2023. The Lincoln, Nebraska resident was elected in November and began her three-year term in January.

Jeff Greenwald (’71) and Al Urwin (‘82) of LaVista, Nebraska were re-elected to the Board.

The Foundation is a private, non-profit corporation whose sole mission is to support Peru State College through receipt and distribution of charitable gifts to support the college. Board members serve on a voluntary basis.

Seibel, a native of Table Rock, has extensive experience in the non-profit sector. She is currently serving as president and chief executive officer of the Community Health Endowment (CHE) of Lincoln – a position she has held since 1999.

CHE’s mission is to make Lincoln the healthiest community in the nation. To achieve this vision, CHE invests in health-related projects and programs and convenes the community around important health issues.

Prior to joining CHE, Seibel served as an aide for two Lincoln mayors – Dale Young and Mike Johanns. In addition, for four years she was an epidemiologist for the Lincoln-Lancaster County Health Department.

Seibel earned a master of science in preventive medicine and epidemiology from the University of Wisconsin-Madison School of Medicine and Public Health. Her late parents, former State Senator Floyd and Doris Wagner (’47) Vrtiska, were staunch Peru State supporters, and the addition to Hoyt Science Hall was named in their honor.