College and Community Work Together for City-Wide Clean-Up 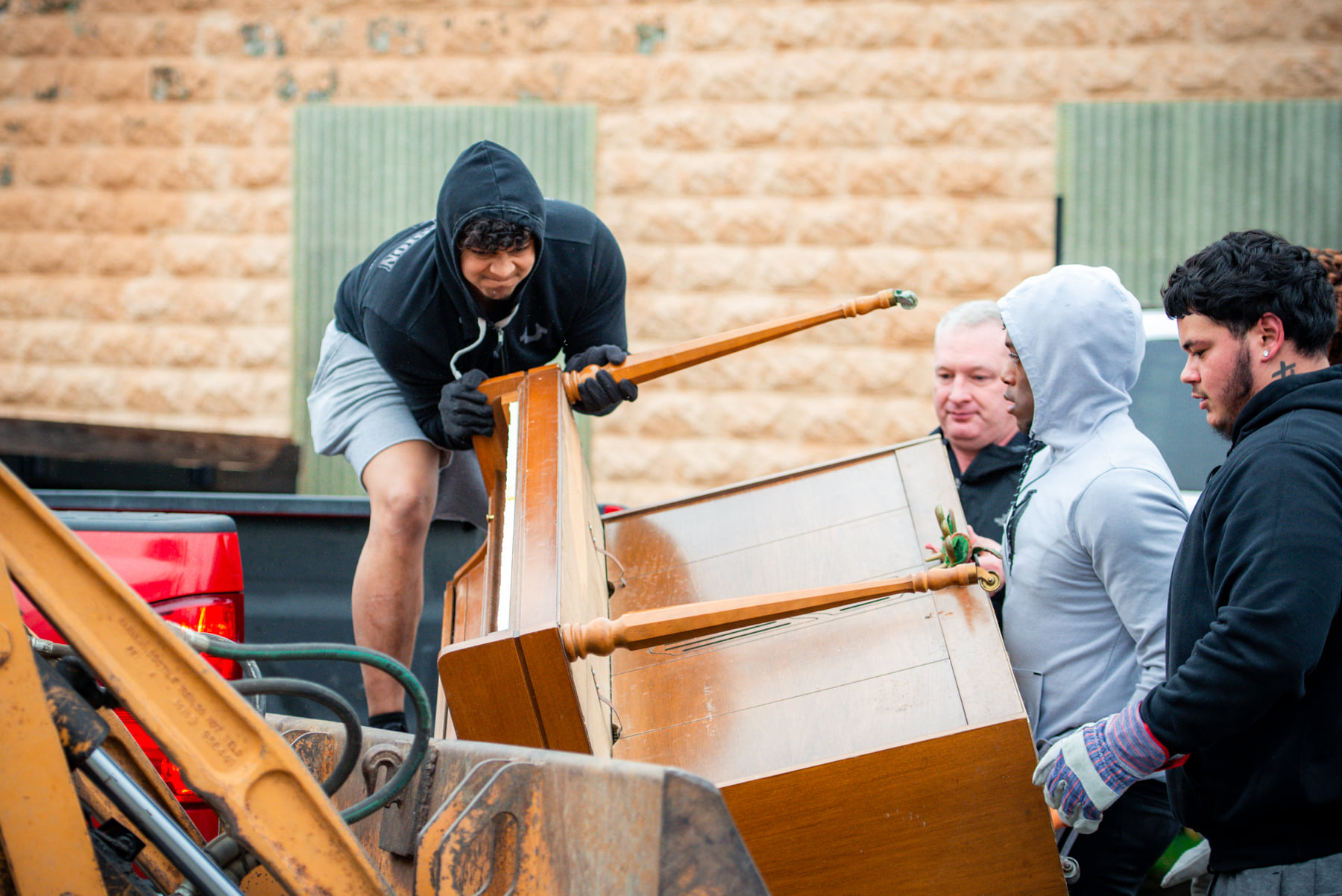 New Peru State football coach Phil Ockinga (second from left) and some of the football players are loading up a piano that was discarded during the Peru City-Wide Clean-Up.

Peru, Nebraska – It did not look like Mother Nature was going to cooperate, but there were enough breaks in the weather for the City of Peru and Peru State College to complete its annual city-wide clean-up at the end of April.

For at least 11 years, the College and community have collaborated on the event which is annually held the week before the Peru State commencement. The event was initially established by former president and first lady Dan and Elaine Hanson. The City of Peru has kept the tradition alive with the help of Peru State College.

Allgood noted that over 84 loads of unwanted items were collected during the morning. Peru city clerk Charlotte Carpenter stated, “Thank you to all of the volunteers who showed up and helped with the city-wide clean-up. This annual event couldn’t take place without you!”

While numerous volunteers picked up and hauled off trash, others walked the city and picked up litter that had accumulated. In addition, several individuals helped remove trash from around the College’s grounds.

Groff secured water from the local bank while others donated food for the participants. She commented, “The acts of volunteerism and community pride were evident during this annual clean-up. I truly appreciate everyone who assisted.”