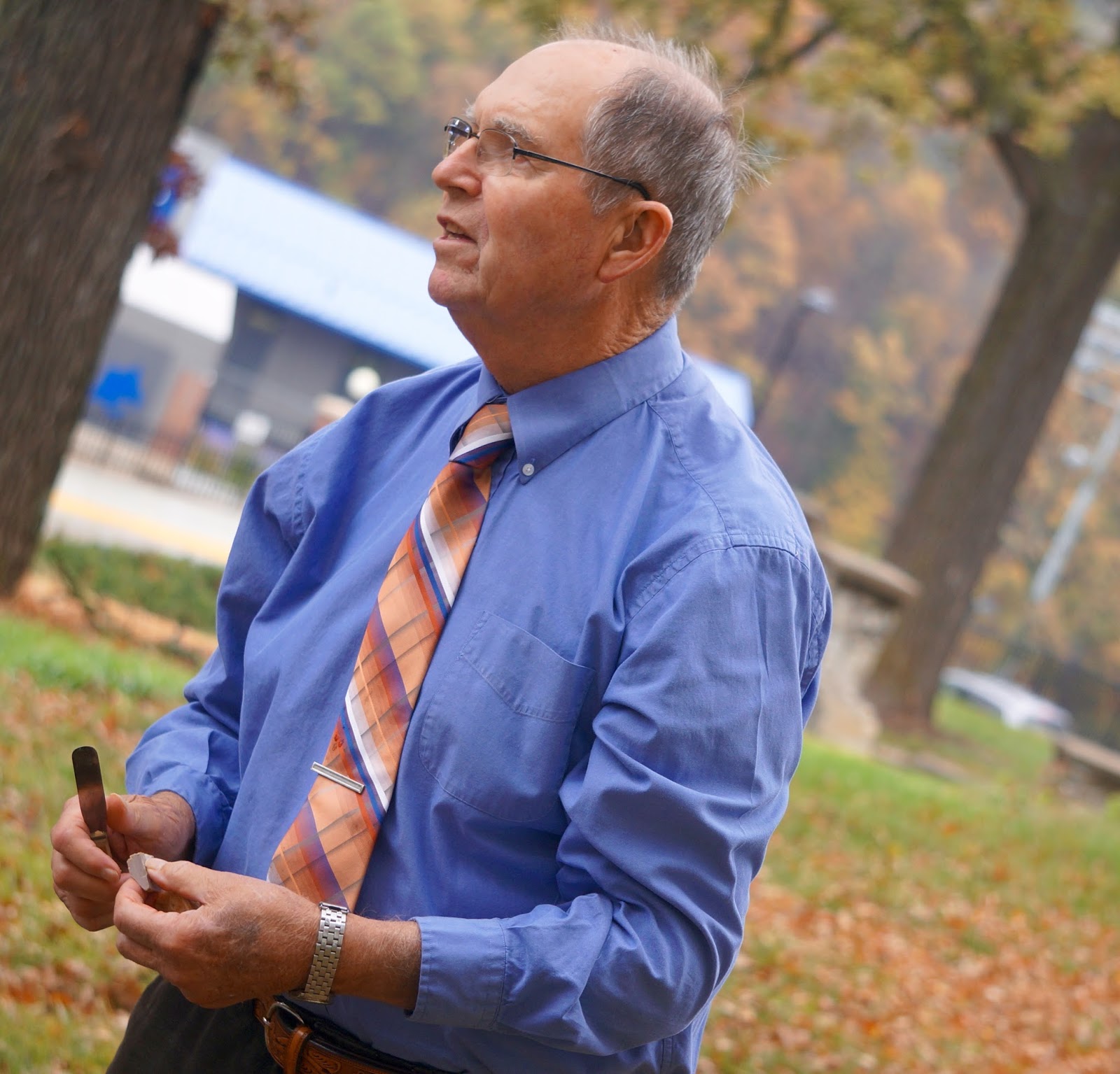 Dr. Daryl Long, shown here at a previous Peru State College commencement, will be recognized on May 7 with the College’s Distinguished Service Award.

Peru, Nebraska – Dr. Daryl Long began teaching at Peru State College in 1967, after earning bachelor’s and master’s degrees from Iowa State University and a doctorate from UNL. He retired in 2017 after a historic half-century at Peru State teaching chemistry, energy, and math. He dedicated his career on campus to the students; his legacy is living on through their lives.

At the College’s commencement on Saturday, May 7, Long will receive the Distinguished Service Award from Peru State College. The award is conferred upon an outstanding person who has made a significant contribution to the College.

Dr. Michael Evans, President of Peru State, shared the information regarding Long’s honor after it was approved by the Nebraska State College System Board of Trustees. Evans commented, “Dr. Long taught math and science at Peru State for half a century. His were challenging courses, covering such topics as nuclear science, calculus, and alternative energy. But his students loved him, and they appreciated the ways in which he intertwined lessons with stories about life on his farm or his passion for flying small airplanes.”

The following is the biography which will appear in the Commencement program:

Long was happy about the move to Peru (from Lincoln) in 1967, noting, “I knew I wanted to be in a small rural setting. The big city did not appeal to me. It was neat, I’d never been on a small campus like this before.” Daryl and wife, Peggy, planned to stay in Peru for two years and then move on. Two years turned into 50 as they fell in love with the College and vicinity.

For decades, Dr. Long presented annually on campus to visitors from LEAD Nebraska, a leadership-development program for people in agribusiness fields. Participants in the year-long program learned about nuclear power from Dr. Long before traveling to Cooper Nuclear Station in Brownville for a tour of the facility.

Dr. Long was the inspiration for the College’s annual Etiquette and Financial Planning Dinner. The event provides a delicious meal to upper-division students while helping them learn more about business etiquette and financial planning.

Daryl and Peggy Long have contributed to the life of Peru State in many ways, including installations of significant sculptures on campus. The “Power of Thought” statue sits in the lobby of the V.F. Jindra Fine Arts Building, designed to inspire students to think about how they might “add their own creative energies to the never-ending quest of humankind to expand the sphere of knowledge.”

In addition, the Longs contributed the “Cat in the Hat” statue, which is nestled in the Sesquicentennial Plaza next to the Performing Arts Center, where hundreds of elementary-age students attend the annual celebration of Dr. Seuss’s birthday. The statue is designed to “delight young readers and to encourage people of all ages to spend more time reading.”

Long exemplifies Peru State’s commitment to the region. Among his many commitments, he has served as a board member of Tri-State Missouri River Tourism, the Peru Chamber of Commerce, the Nemaha County Development Corporation, Nemaha County Hospital, Southeast Nebraska Development District and River County Economic Development.

Daryl and Peggy were selected Grand Marshals for the 2017 Peru State Homecoming Parade, a well-deserved honor to cap a 50-year career. Upon his retirement, Long concluded, “You donate your whole life here, and you say why did you pick to stay at Peru and you think, well, I wanted to teach and you love that you’re at a small college in rural America and you got to know people, which was one of my goals. It’s home, it’s where we are.”

The commencement ceremonies will be held on May 7 at 10 a.m. in the Al Wheeler Activity Center on the College’s campus.