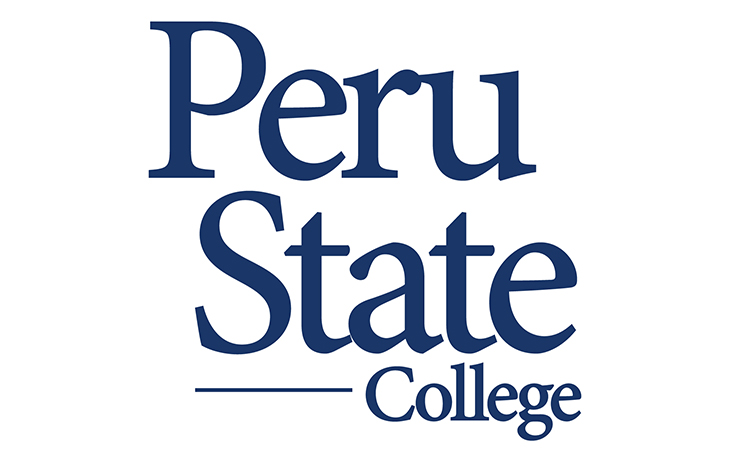 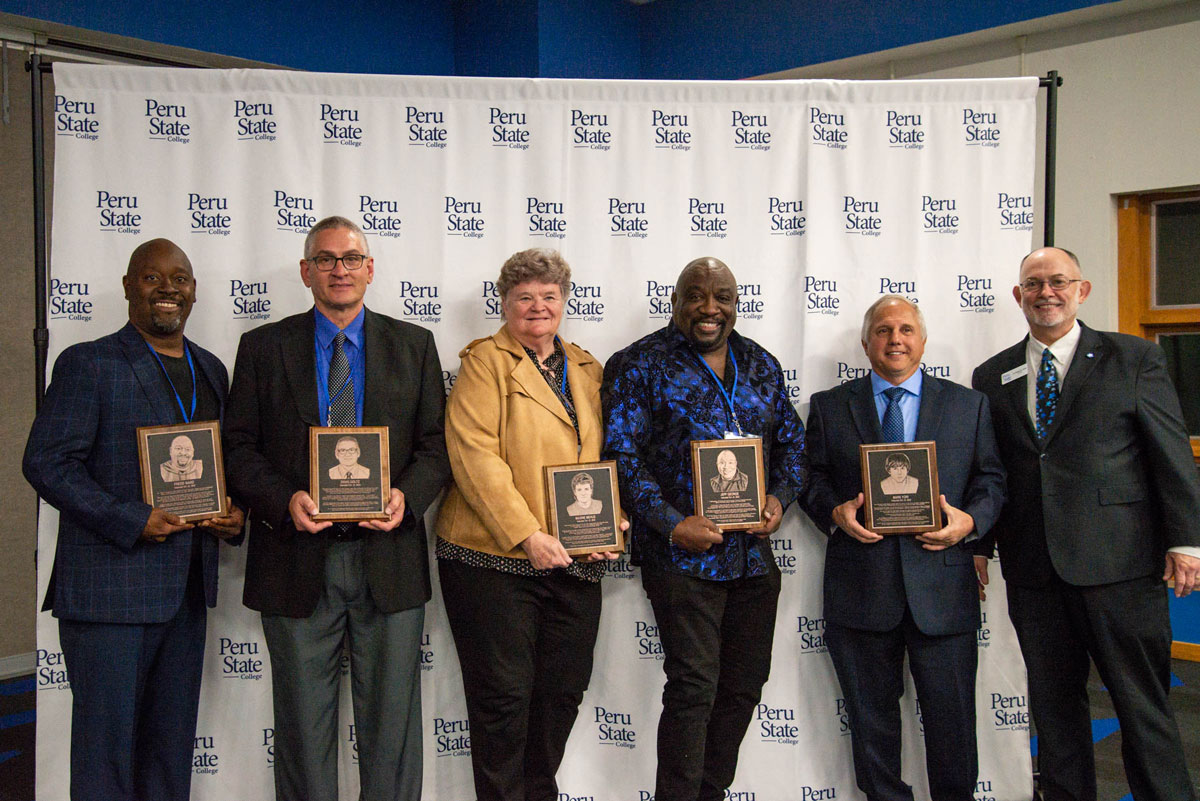 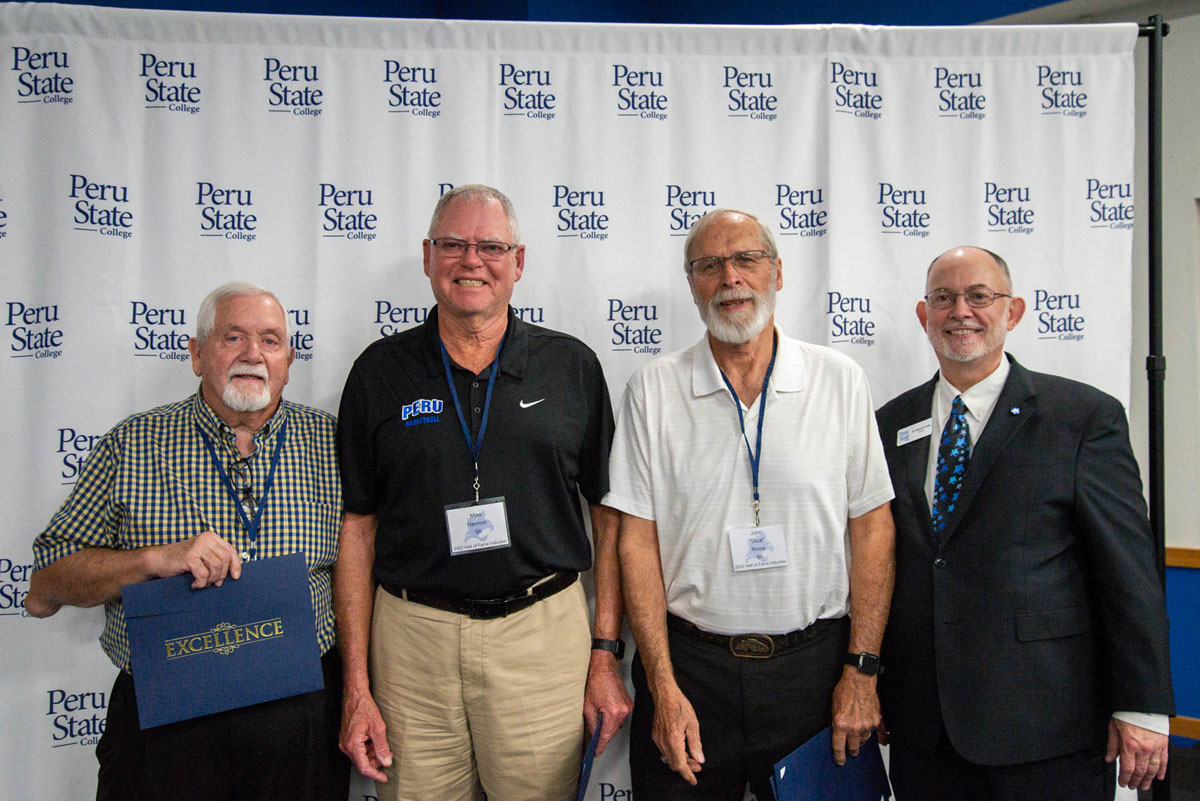 Peru, Nebraska – It was a perfect weekend to celebrate and that is what Peru State College, its Foundation, and the Athletic Department did this past Friday and Saturday. Peru State inducted its 30th class into its Athletic Hall of Fame which included a banquet Friday night and then an induction during halftime of its football game on Saturday.

To top things off, the Bobcat football team pulled out a 27-25 win over the William Penn Statesmen in the beautiful Oak Bowl.

Five individuals and ten different men’s basketball teams were honored during the two days of events.

Each of the individuals shared some of their favorite memories of Peru State and what it meant to them. A common theme was the coaches and faculty members who influenced them. One former faculty member mentioned several times was the late Dr. John Hahn – a professor of political science.

George is the CEO of JAM FITNESS & Body by Jeff while Goltz is the superintendent and coach in the Falls City Sacred Heart Schools. Ward is the owner of Truuth Entertainment while Mehus and Yori are now retired.

In addition, ten men’s basketball teams from the non-modern-day era were inducted. Each of the team’s had made it to the NAIA National Basketball Tournament. The teams honored were from the years of 1938, 1940, 1942, 1945, 1946, 1949, 1950, 1961, 1963, and 1966. At Friday night’s banquet, four team members were present. The oldest was Dr. Tom Hallstrom, a 95-year-old from Omaha who represented the class of 1949. From the class of 1966, three team members were present – Mike Harmon (Wood River, Ill.), Dr. Jack Rinne (Flagstaff, Ariz.), and Rich Gibson (Nebraska City). Dr. Rinne, who was also a member of the 1963 team, shared comments on behalf of the men’s basketball teams. He stressed the importance of teamwork being the key to those team’s success. It took another 27 years before a Peru State men’s basketball team made it to a national tournament.

To learn more about each of the honorees, please go to this link.

The Peru State College Foundation is responsible for the Bobcat Athletic Hall of Fame and works in conjunction with the College and athletic department to coordinate the annual event. The purpose of the Peru State College Athletic Hall of Fame is to foster an appreciation of the past, an enjoyment of the present and an anticipation of future memories to be made by the Bobcats flourishing thirteen-sport program.

Nominations are due by April 1 each year. For more information on how to nominate, please visit this link.

The Peru State College Foundation was organized in June 1955 and incorporated as a nonprofit organization for educational and charitable purposes in May 1962. It is a self-supporting and independently governed corporation established solely for the benefit of Peru State College and its student, faculty, staff, and programs.