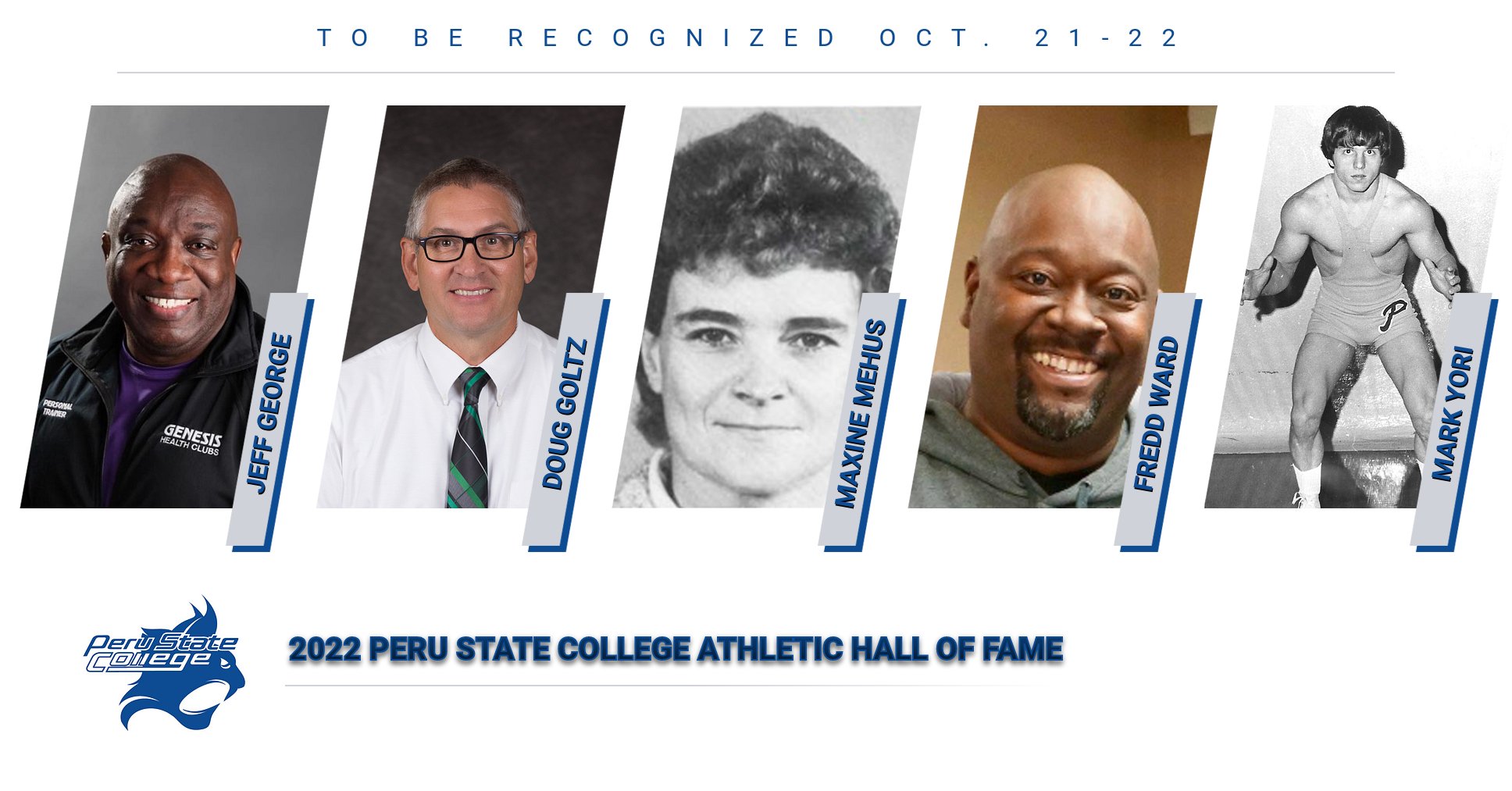 Peru, Nebraska – The Peru State College Athletic Hall of Fame selection committee has announced its 2022 Hall of Fame class which includes five individuals and several men’s basketball teams from the years of 1938 to 1966. This will be the 30th class to be inducted into the College’s select group since its inception in 1986.

The Hall of Fame events will be held Oct. 21 and 22, 2022. A banquet will be held on Friday, Oct. 21. Reservations for the event must be made in advance. The Foundation will provide more information later and in the upcoming issue of The Peru Stater alumni newsletter.

In addition, there is a planned recognition of the honorees at halftime of the football game against William Penn University on Saturday, Oct. 22, in the historic Oak Bowl.

President Evans said, “We are thrilled to be able to honor Peru State College’s outstanding student-athletes and others in this way. Each of these individuals has made a significant contribution and lasting impact on our athletic programs and in their communities that will not be forgotten. Their talent and determination have greatly contributed to the College’s long and proud tradition of athletic excellence.”

The following is a brief biography of each honoree. Additional information will be provided later.

George was selected because of being an outstanding two-sport athlete at Peru State in football and in track and field.

On the gridiron, George was and still is one of the Bobcats’ best running backs. At the time of his graduation, he was second only behind Hall of Fame and All-American Alvin Holder in career rushing yards. His 2,220 yards still sits fourth today.

Following his graduation from Peru State College in 1986, Goltz has become one of the most successful coaches in the state of Nebraska in football, basketball, and track and field. He began his career at Falls City Sacred Heart following graduation starting as a social studies teacher and coach and is now serving as the superintendent in addition to his coaching duties.

During his career, Goltz has recorded 30 total state championships – 11 in basketball (state record by an individual coach), eight in football, seven in boys track, and four in girls track. This past year, he became the all-time winningest coach in Nebraska High School boys basketball history.

Goltz has coached many all-star games and twice has been the NHSACA Coach of the Year Finalist in both basketball and football.

Maxine Mehus is being inducted into the Peru State Athletic Hall of Fame after having served the College at one time as its volleyball and softball coach, as well as a stint as the athletic director.

To this day, Mehus was the longest-serving volleyball head coach in Bobcat history and compiled a record of 161-117-18 (.544%) and was the second-longest tenured softball coach compiling a record of 120-147 (.449%). In addition, she was the first female collegiate athletic director in the state of Nebraska – a role she had for four years.

The “Wizard” transferred to Peru State from Platte Community College and made an immediate impact on the basketball team the two years he was in a Bobcat uniform.

Ward was a two-time NAIA Honorable Mention All-American and was part of the Peru State team that went to the national tournament during his senior season. It was the first time the Bobcats had been in the NAIA tourney in 27 years. Their 27 wins is the most in Peru State history.

To this day, Ward is still the all-time career and single season steals and assists leader which he accomplished in just two seasons. Ward is still listed in 16 different career- and single-season Top 25 statistical rankings.

One of the most prolific Bobcat wrestlers, Mark Yori, went on to also have a successful coaching career in his home state of Pennsylvania.

Yori, who was an All-American in 1978, holds the Peru State career victory mark with 112 career wins. He was a three-time NAIA District Champion and then during his junior season, Yori finished sixth in the NAIA Championships to earn his All-American honors.

The 1978 Bobcat wrestling co-captain then went on to be a successful high school coach for many years in Pennsylvania.

To give due recognition to previous outstanding men’s basketball teams, the Hall of Fame Selection Committee voted to include all previous non-modern-day teams which had made it to a national tournament. The following is a short recap of year:

The 1938 team finished its season with a 16-3 record after losing to now NCAA Division I Marshall (W.V.) 67-60 in what was the highest-scoring game of the tournament.

The 1940 team finished its season with a 19-5 mark after going 1-1 in the national tournament. The Bobcats defeated Augustana (Ill.) 49-45 in the first round before losing to Northwest Missouri in the second round 43-41.

Although their season record was not the best, a young Peru State team in 1942 finished 11-9 after losing to another now NCAA Division I team Evansville (Ind.) in the national tourney.

Once again, it was a now NCAA Division I team which would oust the 1945 Peru State national tournament team. Pepperdine (then called George Pepperdine) finished off the Bobcats who ended their season with a 6-8 record. This tournament was during World War II.

The Blue and White made it to the national tournament again in 1946 but lost to Southeastern Oklahoma 50-36 in the first round. Peru State finished the year 16-6.

The following season, the Bobcats had another 20-win season headed into the national championship where they lost 74-44 to St. Thomas (Minn.). There was some apparent controversy whether the team would even go to the tournament even after having won the NCC crown. The coaches and sports writers did eventually select the team to participate.

Peru State would be in the national tournament again in 1950 after having won 25 games prior to the trip to Kansas City. However, Central Methodist stopped the ‘Cats 68-59 in the first round.

A second-straight trip to Kansas City resulted in another first-round win 90-74 over Mayville State (N.D.) before losing to Carson-Newman 67-65 in the second round. That team finished with a 23-5 record.

1963 would be the third-straight trip to Kansas City. The young Bobcats won the NCC title to gain the ticket but were topped by Pan American of Texas in the first round 83-48.

The final trip to the national tournament for these Hall of Fame Bobcat  team was in 1966 which resulted in Peru State winning the NCC title for the sixth time in ten years. The ‘Cats took on #15 Morris Harvey (W.V.) in the first round and nearly pulled off an upset before falling 110-103 in overtime.

When the Al Wheeler Activity Center was dedicated in 1986, the Peru State College Athletic Hall of Fame was established. The purpose of the Hall of fame is to recognize, honor, and preserve the memory of those individuals and teams whose contributions have greatly enhanced Nebraska’s first college.

The Hall of Fame gallery resides in the lobby of the Wheeler Center, named after the first inductee into the Hall of Fame, Alfred G. Wheeler.

A candidate can be nominated in one of four categories: coach, player, team, or meritorious service.

A selection committee, made up primarily of Peru State alumni, make the selections annually each spring.

Nominations are welcomed and can be submitted to Peru State College Athletic Hall of Fame, c/o Foundation Office, Peru State College, PO Box 10, Peru, NE 68421-0010. The nomination form is available on the Hall of Fame website at https://pscbobcats.com/honors/hall-of-fame. For additional information, call 402-872-2304.