Saul Flores presents The Walk of Immigrants at Peru State 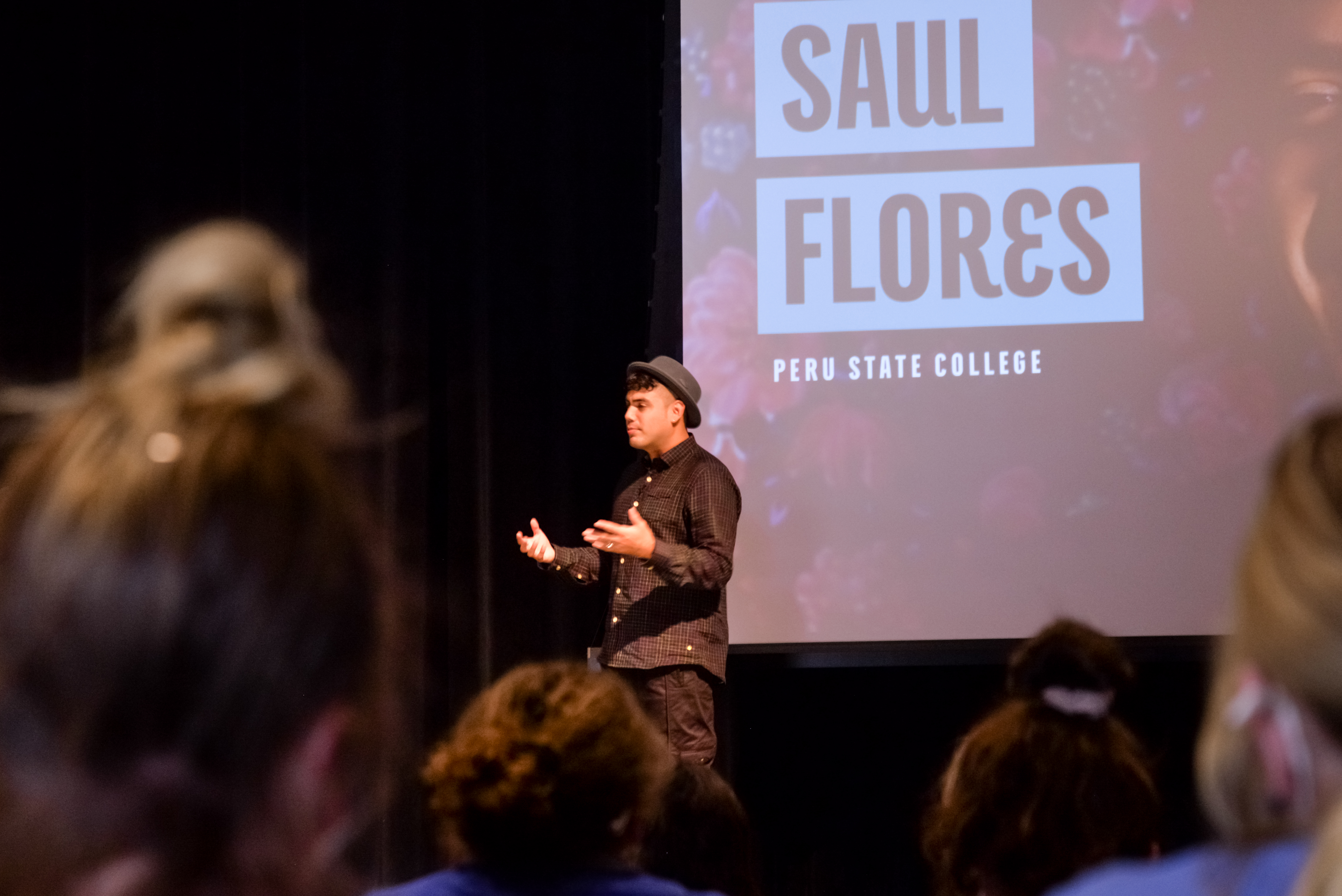 Peru, Nebraska - Saul Flores, noted philanthropist and photojournalist, presented The Walk of Immigrants on the Peru State College campus, yesterday, October 6. The presentation documented his journey of 5,328 miles to raise awareness of the journey from Central America to the United States and to raise money for his mother's hometown elementary school in Atencingo, Mexico.

Following a trip to his mother's hometown in Mexico, Flores discovered "a community I was meant to serve." Part of the visit revealed the crumbling education system in Atencingo and that the elementary school would be closed.

Flores spent three months walking, hitchhiking, and sleeping on the ground and in hiding places. His journey began in Ecuador and ended in Charlotte, North Carolina. In three months, he walked 5,328 miles through ten countries and nine border crossings to document the grueling and dangerous journey of immigrants to the United States.

Flores trip raised awareness of the dangers, but it also sparked interest in his photography allowing him to sell his photos and raise additional funds for education in Atencingo.

From CampusSpeak.com, "[Flores'] work has been featured on National Public Radio, MSNBC, and TEDX. Additionally, Saul has been featured as a keynote speaker for dozens of universities, inspiring audiences through his visual presentations, in which he helps people realize the capacity of their immense human potential given times of extreme adversity."