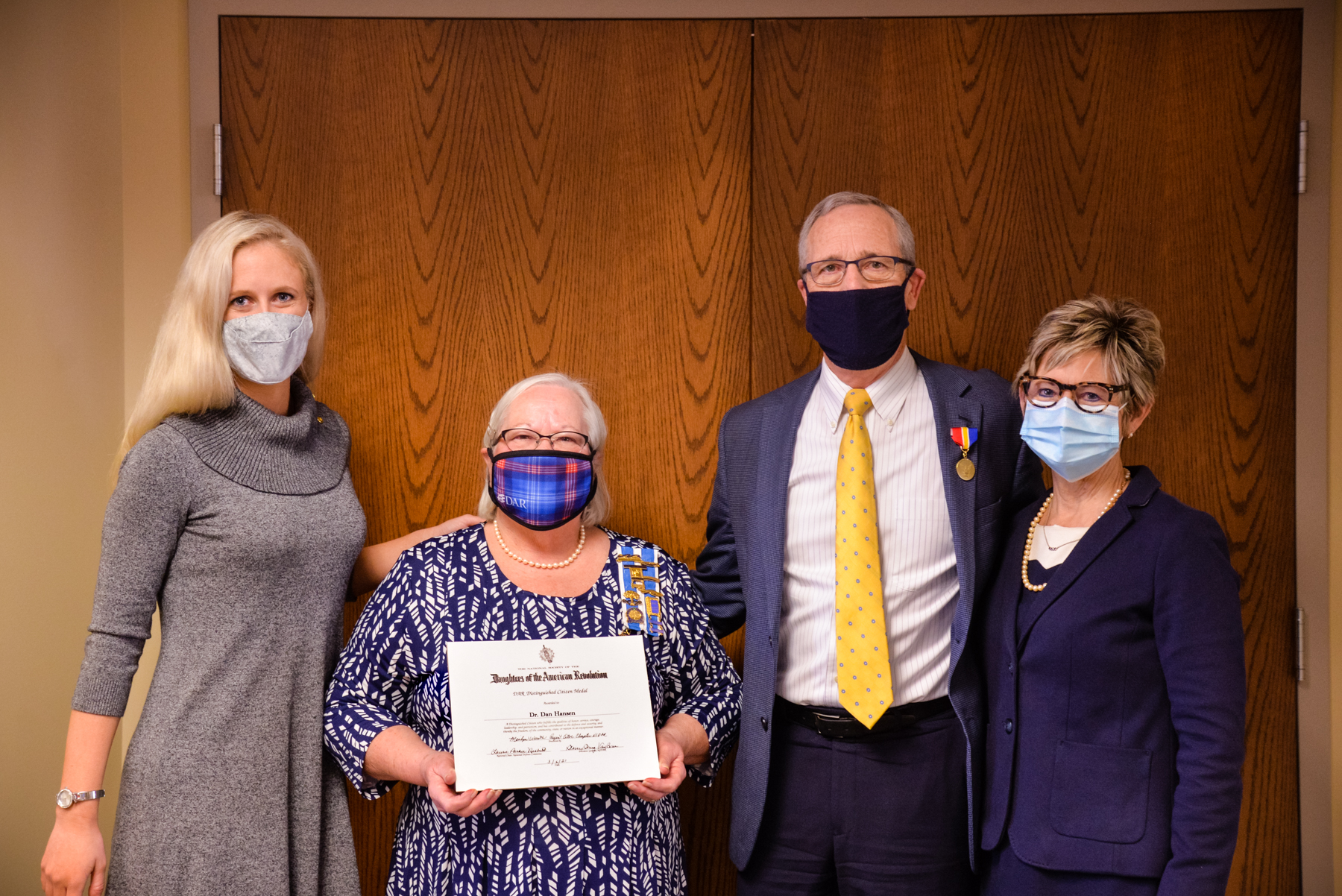 Slama wrote Hanson’s nomination letter, “Dr. Hanson has been a guiding light for Peru during times of crisis. Peru sustained catastrophic flood damage in March 2019, leaving our community reeling and in need of millions of dollars in infrastructure repair.”

Slama continues, “Dr. Hanson was on the front lines to help Peru recover from the floods by leading the Northeast Nemaha County Flood Recovery Group and successfully advocating for our region with state and federal government officials.”

Hanson’s nomination included a detailed timeline of his leadership from the time of the flood in March 2019, to the time of the nomination. Key events highlighted include students and employee joining the sandbagging efforts in preparation for the flood, work with the community to rework infrastructure including formation of the Nemaha County Long Term Recovery Group.

About the Daughters of the American Revolution

The Daughters of the American Revolution was founded in 1890 with the simple mission of promoting historic preservation, education and patriotism. These timeless, overarching principles keep the DAR strong and vitally relevant in this ever-changing world.

Any woman 18 years or older who can prove lineal, bloodline descent from an ancestor who aided in achieving American independence is eligible to join the DAR. She must provide documentation for each statement of birth, marriage and death, as well as of the Revolutionary War service of her patriot ancestor.

This nonprofit, nonpolitical volunteer women's service organization dedicated to promoting patriotism, preserving American history and securing America's future through better education consists of over 190,000 members in 3,000 chapters across the world.