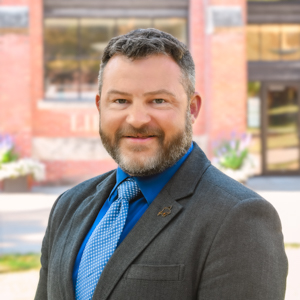 Simulator is available to students and outside law enforcement agencies by appointment.

Shawn Sherman is the Workforce Liaison at Peru State College. Where he manages the Corrections Leadership Program. Before coming to Peru State College, Shawn was the Facility Intelligence Team Leader (Captain) with the Nebraska Department of Corrections at Tecumseh, where he was responsible for the oversight and supervision of team members, collecting/evaluating/disseminating intelligence, maintaining reports, and recommending strategies for improvements.

Additionally, Shawn retired from the US Army Reserves, where he served in multiple positions, such as Battalion Operations NCO, First Sergeant, and a Drill Sergeant.