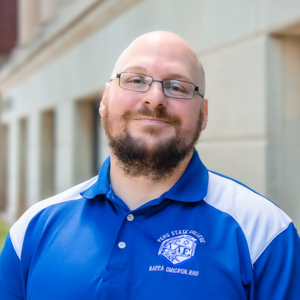 Joe was born and raised in a small resort town in Colorado to Carol and Steve Schreiner. He has one younger sister, Ashley. Joe has no children but does have a dog named “Bowser” who is a rescue and can be quite a hellion.

Professionally, Joe worked within the law enforcement field for twelve years. During this time, he was a patrol officer, a detective, a field training officer, and a sergeant. He was also part of several task forces including joint terrorism task forces (JTTFs) and human trafficking task forces. Joe was also able to meet several celebrities though oftentimes under less-than-ideal circumstances. Within the field of law enforcement, Joe’s primary focus was on sex crimes.

Academically, Joe attended Colorado Mesa University where he received his Bachelors of Art in Criminal Justice with an emphasis in Law Enforcement. He also attended a Colorado Peach Officer Training Academy associated with this institution and was certified to be a police officer in the State of Colorado.

In addition to his Bachelor’s Degree, Joe also received a Master’s Degree of Science in Criminology with an emphasis in Intelligence and Crime Analysis from St. Joseph’s University in Philadelphia, PA, and graduated with honors.

Joe is currently pursuing his Ph.D. in Criminal Justice with an emphasis in Law and Public Policy from Walden University.

Joe is passionate about criminal justice and enjoys topics on intelligence and crime analysis, criminalistics, policing, and criminological theory.

He has also given presentations about emergency preparedness and addressing mass casualty incidents.

During his career in Law Enforcement, Joe taught several classes on various policing topics such as police writing, investigations, drug and alcohol impairment classes, and has served as a Field Training Officer Coordinator and Supervisor.

During the completion of his Master’s Degree, Joe conducted research on the link between childhood physical trauma and the likelihood of high-risk sexual behavior in early adulthood.  The title of the research was: The Effect of Childhood Sexual Abuse/Assault on High-Risk Sexual Behaviors and Sexual Revictimization. The field of sexual assault and the causality of sex-related criminality remain research interests of Joe.

Joe also is currently in a Ph.D. program and will hopefully be conducting research into the field of mental health and officer survivability.