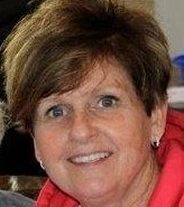 Mrs. Roberts is a native of Ohio but spent time in both Colorado and Oklahoma before moving to Nebraska. She has two grown sons. She began working in the education field and was employed by The University of Oklahoma as Contract Director for the Continental United States and Panama. Her role was to expand graduate educational opportunities for the military.  She did contract negotiation, marketing, educational compliance and supervision of military offices. She still is a Sooner fan.

In 1999, she joined the staff at Peru State College as a representative and advisor at Offutt AFB. Her role changed as she was made the Director of Offutt Operations and Online Services for Peru State College. She was one of the original members of the online course development team. Laura believes that her greatest contribution to Peru State College was bringing online education to students both military and civilian throughout the country and overseas. She has been an adjunct for thirteen years teaching courses in Organizational Leadership, Organizational Behavior and Human Growth and Development.

She left Peru State in June of 2012 and moved to Charleston, South Carolina where she worked as an Off-site Director for Limestone College. In 2015, she made her final move to Weatherford, Texas.

Laura enjoys spending her free time working with the Historical Preservation Society in Weatherford which host many historical homes. She now lives with her husband and two dogs in a 134 year old Greek Revival house in the center of town. She also belongs to the Weatherford Women’s Association and does volunteer work.  She is currently applying to be a member of CASA group which is a court appointed special advocate or guardian ad litem (GAL) who will work with abused and neglected children.