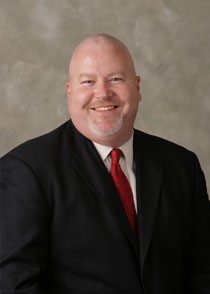 Jay is a graduate of Peru State College, having earned his B.S. in Business Administration – Management (summa cum laude) in 2002.  Jay earned his Juris Doctorate from the University of Nevada – Las Vegas William S. Boyd School of Law in 2006.  During law school, Jay was invited to join the Society of Advocates (moot court) and served as a teaching assistant in Boyd’s legal writing program which was ranked in the top ten nationally.  As a moot court member, Jay and his partner won the American Bar Association’s (ABA) Regional and National Client Counseling Competition in 2005, besting 144 other teams representing 96 law schools from across the country. Jay and his partner went on to represent the United States in the International Client Counseling Competition as well. Jay also participated in the 2006 ABA Negotiation competition, and was recognized with Boyd’s Outstanding Negotiator award.

A Nevada licensed attorney since 2006, Jay has represented clients in a wide variety of areas and has been admitted to practice before the Nevada Supreme Court, United States District Court for the District of Nevada, and the United States Ninth Circuit Court of Appeals.  Currently, Jay practices civil litigation in Las Vegas, Nevada.

Jay has been an adjunct instructor for Peru State College since 2007.  He has taught courses in Policing, Criminal Procedures, Criminology, Victimology, Criminal Law, Commercial Law, Legal Environment and Contract Law, and Loss Prevention and truly enjoys having the opportunity to remain part of the Peru State College community.