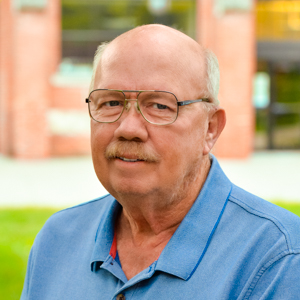 Kenneth Myers is a native of Nemaha County Nebraska. Born in Brownville and raised in the Auburn area. He attended Linden School Northwest of Auburn through the 8th grade, giving him a one room school perspective. Then attended and graduated from Auburn High School in Auburn NE. Following High School Mr. Myers attended Peru State for 3 years, before joining Sutherland Lumber Companies in Lincoln NE. He transferred to Littleton CO and became manager of the location. In 1983 Mr. Myers made a choice in favor of education and returned to Peru State to complete a BS in Mathematics in 1985. Mr. Myers completed his MS in Mathematics at Peru in 1992. Mr. Myers also was involved with Athletics at Peru State.

Mr. Myers has taught in 4 states. Missouri, Nebraska, Iowa, South Dakota, and returning to Iowa over 29 years. 21 years are specifically in the classroom, while 7 years were as 7-12 Principal in Canistota SD (2) and Lenox IA (5). Highlights: Newcastle NE accelerated the Math program. 7th Pre-algebra, 8th Algebra I, 9th Algebra II, 10th Geometry, 11th Trig and Stats, 12th Pre-Calculus. Math ACT scores went from 16’s on average to 24’s on average with all students taking the test and our first 30+ scores. Developed a widely use structure for reverse “FOIL” in factoring, member of the Northeast Nebraska Masters Teacher Projects, the State of Nebraska Mathematics Curriculum Projects, etc.

Mr. Myers is quoted as saying, “My career in Education began in Nemaha County and we hope will at some point end in Nemaha County. I cannot think of a better place for anyone interested in education than Peru State.”