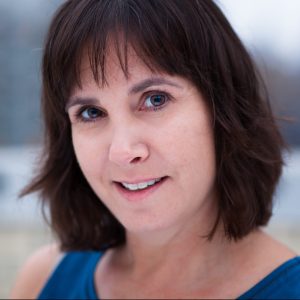 also available by appointment and via zoom

Laura came to Peru State College in 2016 where she teaches Introduction to Theatre, Acting, Directing, Principles of Play Production and Fundamentals of Speech. Additionally, she is the Artistic Director of The Peru Theatre Company (PTC).

PTC directing credits include: God of Carnage, After Orlando: An International Theatre Action, The Ghostlight Project and The Disco Citizens Present: “What Scares You?” an evening of original work created by the members of Peru Theatre Company. Prior to her appointment at Peru, Laura taught acting and directing in the Johnny Carson School of Theatre and Film at the University of Nebraska, Lincoln (UNL) where she received the Dr. Morgan Recognition Award for her teaching and service. UNL directing credits include: Dancing at Lughnasa , Medea and Really Really.

Before moving to Lincoln, she taught acting and directing at The University of Arizona’s School of Theatre, Film and Television. UA directing credits include: Love Song, The Arsonists , and Vinegar Tom. Further Tucson directing credits include: Dead Man’s Cell Phone, Dying City and Blackbird (2010 Arizona Daily Star Mac Award for Best Drama and Best Director of a Drama) Select Tucson acting credits include: Old Times, The Decameron and The New Electric Ballroom (2012 Arizona Daily Star Mac Award for Best Drama) at The Rogue Theatre. Laura has directed and developed new work for over two decades participating in events such as: The National New Play Network Showcase and Orlando Play Fest. Laura frequently collaborates on productions, courses and scholarly work in Ancient Greek Drama and Modern Reception with her husband Mike—a Professor in UNL’s Department of Classics & Religion. Laura earned a Bachelor of Arts in Theatre and Psychology, with a minor in Anthropology from Bennington Collage, and she received an MFA in Directing from Carnegie Mellon University.