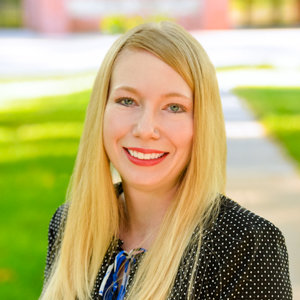 Stephanie graduated from the University of Nebraska with a Bachelor of Science degree in Criminal Justice and a minor in Psychology. She earned a Master of Forensic Science degree from Nebraska Wesleyan University with an emphasis in Behavioral Science.

Stephanie has over 13.5 years’ experience working in the corrections field with the Nebraska Department of Correctional Services (NDCS). She worked at the Tecumseh State Correctional Institution, Lincoln Correctional Center, Diagnostic and Evaluation Center, Community Corrections Center-Lincoln, Nebraska State Penitentiary, and their Central Office. She worked in many capacities throughout her corrections career, including Unit Caseworker, Emergency Preparedness Specialist, Sergeant, Disciplinary Hearing Officer, and Prison Rape Elimination Act (PREA) Coordinator. While with NDCS, Stephanie became a Certified Emergency Manager, was a Master Instructor for the LETRA Emergency Preparedness Training Program, was an Assistant Public Information Officer, was actively involved in Victim Services in several facilities, served as a member of the Appeals Committee, conducted personnel and workplace harassment investigations, and was a certified PREA Auditor, traveling to correctional facilities in other states to conduct PREA audits.

Stephanie also has broad experience working with victims and victim advocacy, along with conducting investigations. Stephanie was the Public Policy Coordinator for the Nebraska Coalition to End Sexual and Domestic Violence, where she developed policy agenda on matters relating to sexual and domestic violence, stalking, and human trafficking. She served as the primary contact for elected officials and prepared and provided testimony before legislative committees. She was the Public Policy Committee Chairperson, a member of the Nebraska Coordinated Response Team and the Domestic Violence Fatality Review Committee, and a board member of the Nebraska Coalition for Victims of Crime. Stephanie was also an Investigator II for the Nebraska Equal Opportunity Commission, where she investigated complaints of alleged unlawful discriminatory practices in employment and public accommodations.