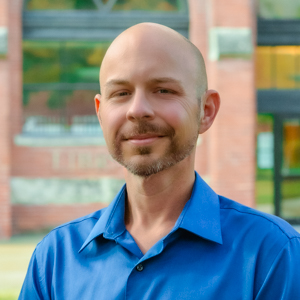 or by appointment or via zoom

Dr. Jacob K. Bartlett is an Associate Professor of Music at Peru State College, where he teaches Applied Voice, Music History, and courses from the popular canon such as History of Rock and Evolution of Hip Hop. Dr. Bartlett coordinates and executes the annual Contemporary Music Festival on campus; a two-day event with over 800 students from 30 or more schools. Dr. Bartlett has been at Peru State since 2012, with prior engagements at Gillette College, University of Nebraska-Lincoln, and Northwest Missouri State University.

Dr. Bartlett has performed extensively throughout the United States and world as a soloist and stage performer. Bartlett has won awards in quartet performances regionally and nationally. As a recitalist, Dr. Bartlett has performed works from the early Renaissance to Schubert’s Schwanengesang to much acclaim. Bartlett starred in the Most Happy Fella at the University of Nebraska that garnered awards such as Best Production and Best Choral Ensemble. He has performed principal roles in La Boheme, Cosi Fan Tutte, Amahl and the Night Visitors, Romeo et Juliette, Later the Same Evening, Most Happy Fella, and Our Town.

Dr. Bartlett’s current research agenda focuses on the barbershop style and the emphasis of sound vocal production from these amateur singers. Bartlett has presented at regional, national, and international conventions for the Barbershop Harmony Society (BHS). He founded the 501c3 BHS Chapter of Antelope Valley, a chartered chapter of BHS, and is the current Vice President for the State of Nebraska in the Central States District. He has been selected to the Harmony University faculty three times, and will be joining the faculty for a fourth time in New Orleans in July 2022.

Dr. Bartlett received the DMA degree in voice from the University of Nebraska. He has a Masters of Music from UNL, as well as a Master’s of Science in Education and Bachelors of Science in Education from Northwest Missouri State University. He is a member of BHS (Barbershop Harmony Society), NATS (National Association of Teachers of Singing), ACDA (American Choral Directors Association), CMS (College Music Society), and NAfME (National Association for Music Education).